In July Sinergia is testing an integrated system for on-site nitrogen production.

The testing area, dedicated to FAT (Final Acceptance Test) of our units and integrated systems, has been prepared for a nitrogen generator with production capacity of 1.000 Nm³/h @ 99% of purity and 200 barg of pressure.

Sinergia people trained for testing, together with Automation and Quality technicians, Project Manager and Project Engineer, are going to take care of this new system to grant the required performances to the client.
The Service department gives its contribution in tuning the system in Sinergia premises. Then, service specialists will supervise erection, commissioning, and start-up phases on-site, and they will thoroughly train customer personnel to be able to run and maintain efficiently the plant.

The system is composed of FOUR containers, each one with the following function

The complete containerized system is accurately engineered to operate externally at a height of approx. 1300 mt over the sea level.
Once installed on site, the plant will be integrated with a fire-fighting system as required by the client. 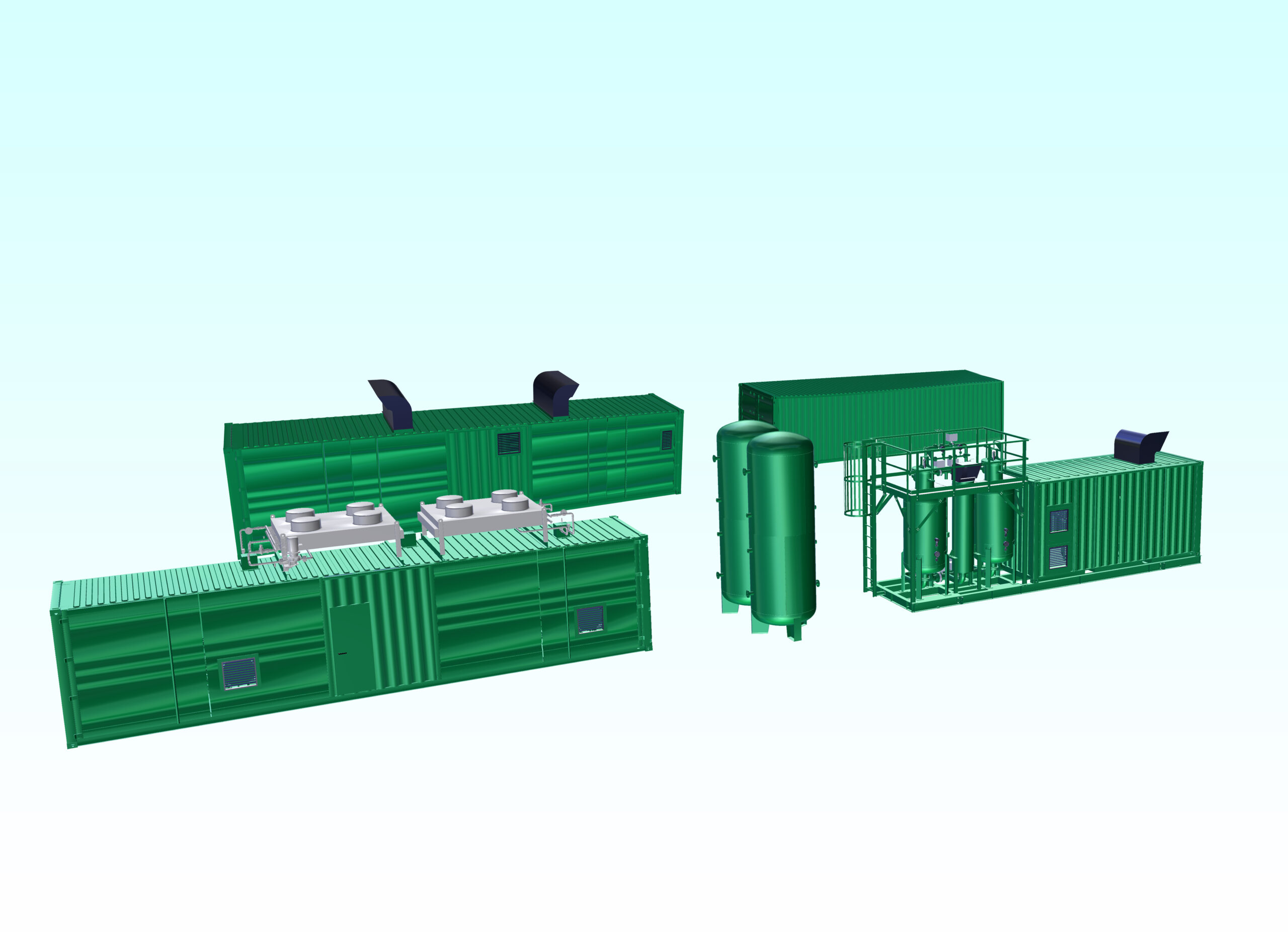 This system is very significant, mainly for the following reasons:

But this technical solution allows to avoid the provision of liquid nitrogen, that have been used for many years, for the gas-lifting.
An average of 1.000.000,00 litres of nitrogen is estimated to be consumed every day for every production well.
Now imagine how many trucks run along those beatiful mountain roads every day, compromising the environment, and even not granting the provision of nitrogen to the end-user during the cold seasons.

Sinergia technical solution will be promoted at service societies managing the extraction of hydrocarbons around the world.
Our aim is to make these companies independent from the liquid nitrogen suppliers, granting them constant nitrogen availability, minor operational costs (OPEX) and a much smaller impact on the ambient.

Our four containers have been externally painted in green, to make them more easily adapting to the external environment. And green is also the colour of Sinergia (not a case), and of the future we are working for.

Even Oil & Gas sector is in a transition phase and is gradually moving toward green and more sustainable applications and methods, under the pressure of internationally recognized environmental targets.

Sinergia itself cannot avoid investing in the study of new products and of new applications for the traditional ones, to help its end-user to reach as soon as possible these essential and unavoidable goals.
Also, oil & gas companies, especially oil & gas companies.

ADIPEC 2022, PROUD TO CONFIRM OUR PRESENCE!

We conclude this fair season with the most stage.

GPA & GCC Kuwait, SINERGIA WILL BE THERE!

GPA GCC Chapter: HOW SINERGIA MAINTAINS RELATIONS WITH ITS PARTNERS

We couldn’t miss the opportunity to show you our new technologies face to face here in Milan!

Sinergia is exhibiting at ONS in Stavanger!

Trust is the theme of this important exhibition